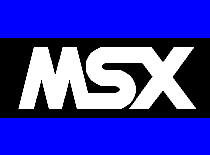 Our first demo, released in 1989 featuring SCC Music from Konami's Gradius II/Nemesis III and ripped GFX from Dixdeaf by Tecnosoft. The demo itself was written in BASIC and not much special, but it was more or less our first demo :) For some reason the first screen of the demo doesn't work well on most emulators. The background should alter from yellow to blue and back instead of the FONY Crackers logo. The demo also has some nice PSG samples, made by The Pretender.

For the lazy people: You can watch the demo here online as well :) Click the Full Screen logo to relive your past to the fullest!. Please give the demo some time to load after the SCC speech.

It's also available in the MSX section of the site.